Aston Hall is one of Birmingham’s most historic buildings and is Grade I listed Jacobean house. Aston Hall has played a large part in not just Birmingham’s individual history as a city but is part of England’s wider history as a country. The Hall was involved in the Civil war after being damaged after an attack by Parliamentary troops in 1643.

I choose to volunteer at Aston Hall for all the reasons mentioned above, but mostly for the experience and a chance to work in a place completely different to anywhere else I have ever worked. I am currently doing a history and politics degree at Lancaster University and Aston Hall is the perfect place to get some experience in history. The Hall is rich with historical significance and it’s great to work in such an amazing place and be surrounded by such amazing artwork, artefacts and architecture. Aston Hall is conveniently located in the heart of city and a great piece of local history. It’s a great way to get some experience in your local area and find out what part your city played in history. 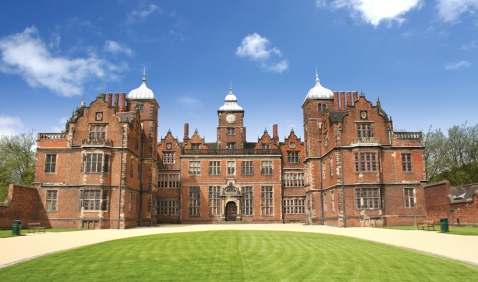 Aston Hall’s famous connections makes it stand out as one of the most significant buildings in the city. The house was owned by James Watt Junior, the son of the important Victorian inventor James Watt. Sir Thomas Holte, 1st Baronet was the original owner of Aston Hall, the Holte family were a wealthy family of some importance in Warwickshire. Thomas Holte was known for his great temper with famous disputes with his son and neighbours, such as he sued his neighbours for accusing him of splitting his cook’s head in two with a cleaver! Aston Hall has also housed Charles I in 1642 and Queen Victoria first came to visit when she was on a tour of the country with her mother, she later visited again in 1858 to open Aston Hall as a public museum.

The house is not only for history lovers but due to its extensive range of paintings is also has its interests for art historians, having minored in art history in my first year at university it was amazing to be surrounded by such works of art. Particularly impressive paintings are ‘King Charles I and his family’ by Remy van Leemput and ‘Lucy Loftus’ by Peter Lely. Lely was a Dutch painter who became the dominant portrait painter to the court in England. There are a few portraits of Charles I such as the one in the world room of Charles on the left, and his wife, Henrietta Maria on the right. When being on post in the Long Gallery, the portrait of Marchioness of Rockingham (d.1761) by Godfrey Kneller has always got a lot of attention. People always ask who the woman is in the painting as it creates a large impression due to its grandeur and size so I’m always ready to answer. Mary, Marchioness of Rockingham being the wife of Charles Watson-Wentworth a British Whig statesman and known for his two terms as Prime Minister of Great Britain. Edmund Burke, the famous philosopher, became his private secretary and would remain a lifelong friend, political ally and advisor until Rockingham’s premature death in 1782. She was very active in the political scene as she contributed to the parliamentary management of the Rockingham whigs and it was her positive influence upon her husband that was her most significant contribution to politics. 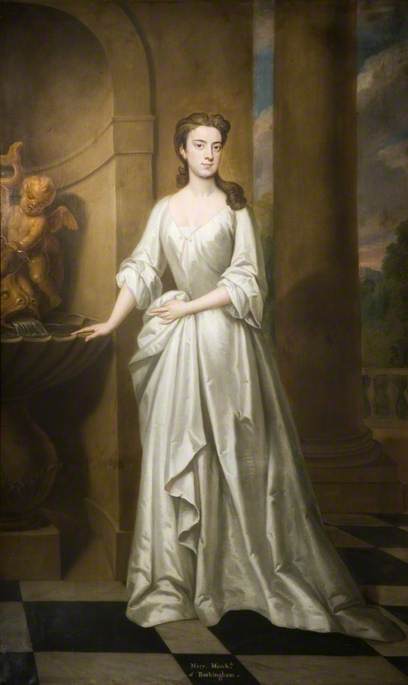 Another story I like to tell is prompted by the portrait of Edward Holte, Thomas Holte’s son. Edward, had gained a position in Charles I household. In his service Edward met and married Elizabeth King, Thomas did not give his permission for the marriage but Edward went ahead with the wedding. As a result Edward was entirely cut out from his inheritance. Charles I pleaded with Thomas himself to reinstate Edward as his heir but Thomas refused. Edward died on military service in 1643 having never reconciled with his family. It was rumoured Thomas locked up a daughter because she refused to marry her father’s choice of husband, the rumour suggests she starved to death.

Aston Hall’s significance is further emphasised by its architecture as it is one of the last great Jacobean houses to be built in Britain and its location in Britain’s second biggest city. Much of the architecture is original 17th-century plasterwork that has been maintained and the house remains relatively unchanged.

Aston Hall also manages a wide range of events across the year including ‘Make and Take Craft’ which are craft days every Wednesday in the holidays for children. There’s also historic days organised to explore the English Civil War with a living history re-enactment. Birmingham Tours Museum Heritage Bus also takes visitors around other historic sites in the area such as Soho House and Blakesley Hall. The events are a great way to get children more involved and interested in history, which I think is extremely important and a great active day out away from the classroom which is always needed! Aston Hall takes a lot of visits throughout the year from nearby school children and they are given a special tour. Volunteers are encouraged to get involved and events are organised to keep volunteers up to date with information, also there are fun ideas to get us more involved such as picnic days and tour guide training.

The engagement with the customers is always a great chance to get to hear other people’s views of the Hall. Many visitors have returned to the house having been years ago when they as a child at school. Other visitors have come again for a second or a third time to bring family and friends. Many are amazed by the long gallery, my favourite room and one of the most spectacular rooms in the house. Hands down an extremely different place to work and hope to work in other places like Aston Hall in the future. 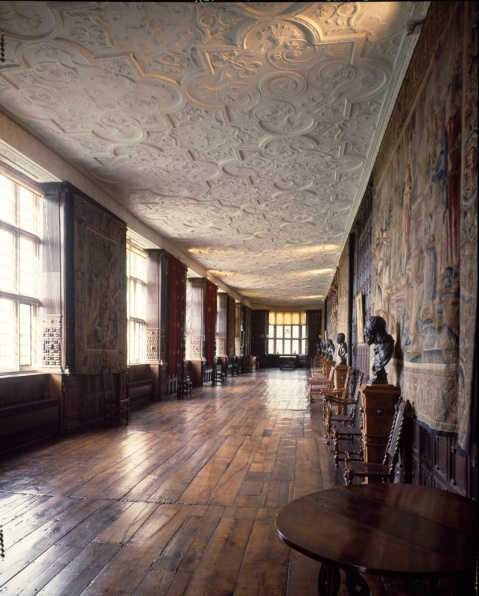 The Long Gallery at Aston Hall

If you’re interested in volunteering for Birmingham Museums Trust then find out more at: www.bmag.org.uk/support-us/volunteer